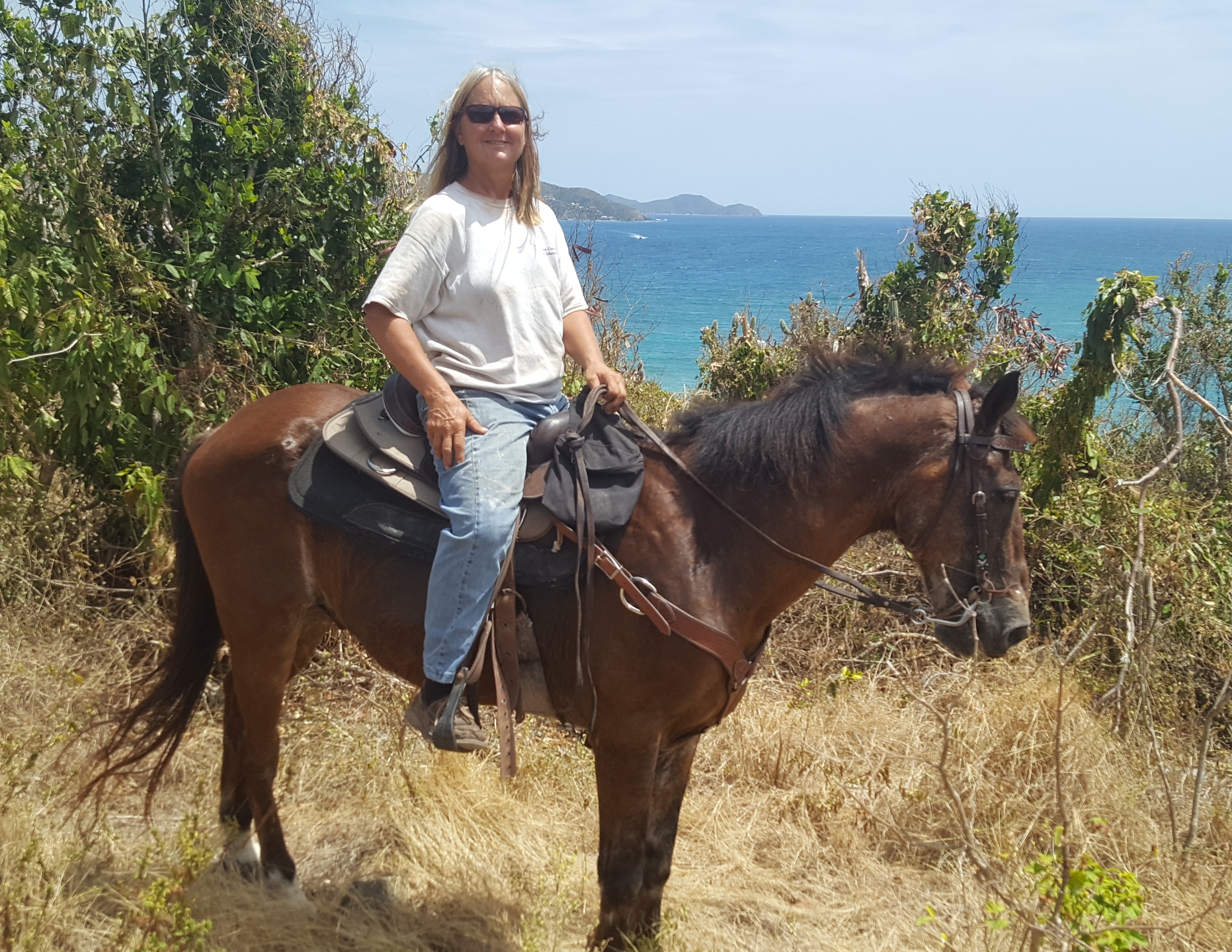 I made the move from Akron, Ohio in the fall of 1991. Originally from Creston, located about an hour south of Cleveland, pop. 2200, my family had always had animals, with both parents growing up on dairy farms. I was one of those lucky girls who got to have a pony at 9 years old. Ten years of 4-H helped me learn about their proper care, the islands have taught me to persevere. I had never handled a donkey before moving here and now can capture one out of the wild, if need be, and train it to be ridden or draw a cart. Other animals have rounded out my scope of animal husbandry including deer, sheep, goats, iguanas, land crabs, ducks, chickens, cats, dogs and more recently a hog. Best part about this endeavor, besides the animals themselves, has been meeting folks from every walk of life who love them as much as I do!   –Dana Bartlett

Donkeys have been running free in St. John since the plantation days and were used regularly until the 1970s for hauling water, wood and charcoal and for taking local children to school. The Carolina Corral began with two native donkeys out of the wild in 1993, Pepe and Juanita. Since then, Carolina Corral has had many new additions including the sick and injured. All of the horses and most of the other residents of the corral were either rescues or were no longer wanted by their owners. They are now provided with a good home where they have an opportunity to contribute toward their own care. From Abigail, the goat, who’s job is to look cute, to our Chihuahua mix, Pippin, nursemaid to all the sick or injured animals who also can’t stand to see the roosters fight. Come learn their names and take home a memory of these special animals.